There are many different resistance exercise variables, beyond exercise intensity, which can be manipulated to produce muscle growth; these variables can include volume, muscle action, muscle time under tension, lifting cadence, contraction mode, and inter-set rest interval (American College of Sports Medicine 2009). It is recommended that resistance exercise intensities of ∼70%–80% of 1 repetition maximum for 8–12 repetitions are the classically prescribed protocols to use to maximize training-induced muscle hypertrophy. If you look at most bodybuilding routines, they recommend 8-12 repetitions for muscle growth. If you look at many fitness websites, you will see such programs as “100-Rep Hell” or the “3 Minute Set” programs being advocated as the ultimate program for muscle size. This is contrary to what is recommended by most scientists.

There have been several top ranked bodybuilders that have had tremendous success with high repetitions and muscle growth. Tom Platz, who had some of the greatest legs in bodybuilding, advocated a high rep squat program for muscle mass. Serge Nubret was another great bodybuilder who did not train heavy, but he trained with high repetitions and high volume. Arnold recommends high rep arm workouts to shock muscles into new muscle growth. Some bodybuilders advocate high repetitions for muscle growth where others advocate low repetitions, but there is little research to prove which repetition scheme works the best for muscle growth. Results of these studies are conflicting, with some studies finding superiority for heavier load training and others showing no significant differences between high repetition protocols taken to fatigue compared to lower repetitions taken to fatigue. The case for heavier weight lifting is based on the fact that type II fibers display approximately 50% greater capacity for growth compared to type I fibers. Type II fibers are activated with weight over 70-80% 1RM to recruit the largest motor units.

If you look at the thighs of competitive velodrome cyclists, they look like the legs of bodybuilders because these athletes are pedaling as hard and as fast as they can. This is much different than the thighs of cyclists who bike for endurance, which resemble that of endurance based athletes. One would expect that muscle growth would have to take place with heavier weights, but this is not what science has confirmed. Recent studies have reported muscle growth can occur with very light weight as long as the muscle is placed under high metabolic stress. The use of tourniquet training in which blood flow is cut off while performing an exercise with a very light weight can increase muscle growth. This points to other factors than heavyweight that’s increasing muscle growth; it suggests that metabolic stress can also increase muscle mass. A 2012 study showed that 30% 1RM induces comparable muscle gains in mass when compared to 80% 1RM, both conditions performed to failure by recreationally active participants. Similar results have been observed in a study comparing the muscle protein synthesis rates after a bout of resistance training comparing 30% 1RM and 90% 1RM to failure. This means that as long as training is taken to failure, it does not matter whether you train with a heavy or light weight. 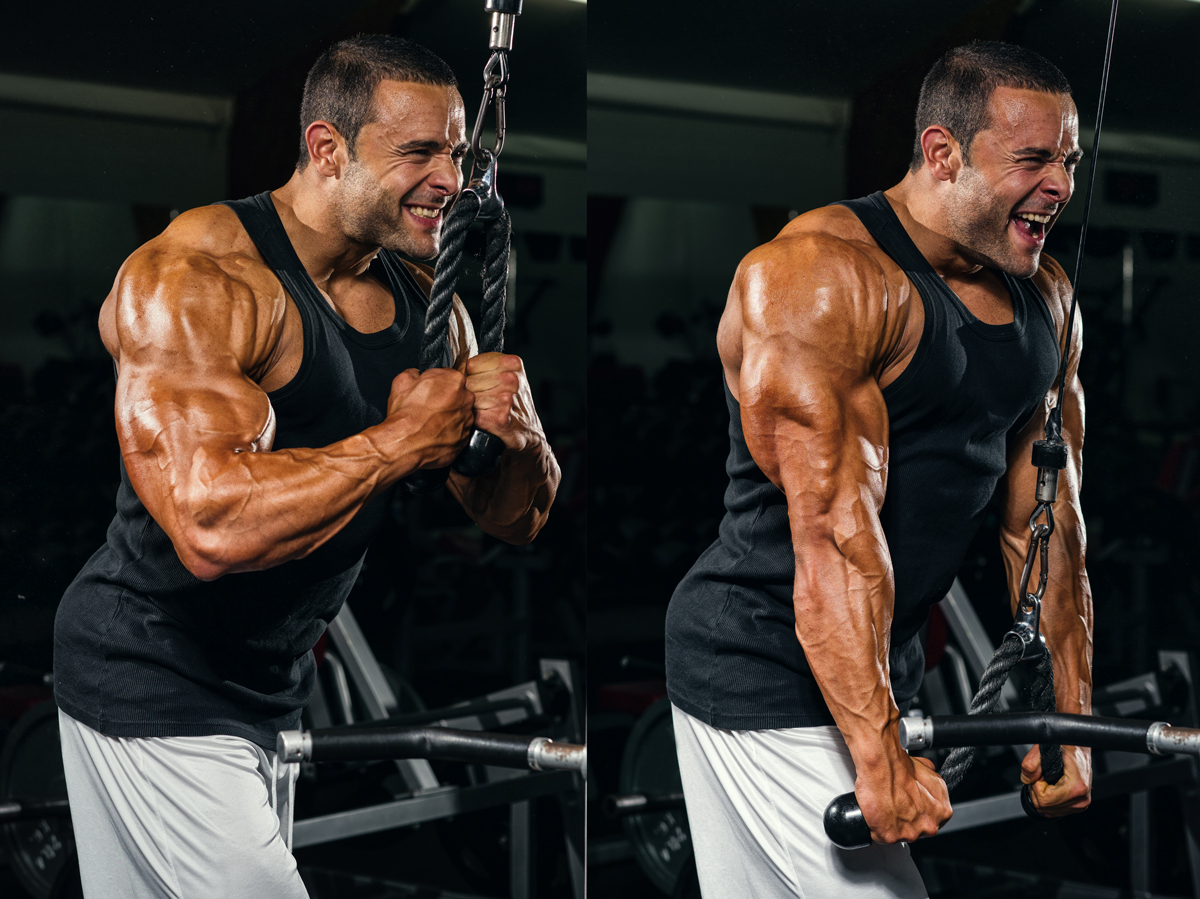 A previous research study rocked the bodybuilding industry when they examined 18 young men experienced with resistance training; they were matched according to baseline strength, and then randomly assigned to 1 of 2 experimental groups:

-A low-load resistance training routine where 25-35 repetitions were performed per set per exercise, or

-A high-load resistance training routine where 8-12 repetitions were performed per set per exercise.

At the end of the study, the results were shocking, to say the least. Concerning strength, although light weight, high repetition groups did increase maximal muscle strength, the heavier weight, lower rep routine resulted in greater increases in strength. At the end of eight weeks, when the researchers crunched all the data, both methods increased muscle growth similarly with no significant differences between the two groups. These results run contrary to accepted hypertrophy training guidelines, which profess that loads of at least 65% are necessary to stimulate muscle growth in well-trained individuals. In conclusion, the study goes against the popular belief that you can only build muscle with heavy weights. The results suggest that low-load training can be an effective method to increase muscle hypertrophy of the extremities in well-trained men. The gains in muscle size from low-load training were equal to that achieved with training in a repetition range frequently recommended for maximizing muscle hypertrophy. On the other hand, if maximizing strength gains is of primary importance, then heavier loading should be employed to the exclusion of lower load training.

Low, High, or a Combination of Both? What’s the Best for Size?

Researchers wanted to examine if a combination of high and low repetitions would be superior for muscle growth than either a heavy vs. light weight protocol. Participants were randomly assigned to 1 of 3 resistance training protocols to failure:

-A mixed resistance training protocol in which the participants switch from heavy to light weights every two weeks.

The resistance training consisted of three sets of one arm preacher curls performed with the left arm 3 times/week with 90 seconds rest intervals between sets. At the end of the study, there were no differences between the groups regarding muscle mass, but the heavyweight group had greater increases in muscle strength. The heavyweight group had a significant strength increase by 26.5%, even though not being significant, the light weight group demonstrated a small increase in strength by 4.6%, whereas the heavy and light weight group had an increase in muscle strength by 11.8%. The sets were performed to complete muscle failure and according to Professor Fry, “If each set is conducted to failure, the effort is the same leading to similar muscle fiber activation no matter the training load.” Thus, muscle hypertrophy seems to be independent of the training load as long as the effort is the same.

It does not appear to matter whether you train with heavy weights or light weights, as long as you train to complete muscular failure. If you want to gain muscle strength, then training with a resistance exercise at 80% of a 1-RM is essential. So it seems like, for muscle growth, you can do a combination of heavy and light weight to prevent boredom in the gym and get similar muscle gains, but you don’t have to train heavy all the time if you just want size.