The History of Muscle Beach – Part 2

Continued from: The History of Muscle Beach Part 1

On an early December morning in 1958, in a move sanctioned by the City of Santa Monica, a bulldozer’s blade plowed under the apparatus and the stands of what was the 24-year-old home of strength athletes, gymnasts and fitness enthusiasts.  This conservative beach town no longer wanted to tolerate the “built-up beach bums” with no visible means of support or steady employment who inhabited this section of beach.  Sure, the city appreciated the crowds that showed up in the thousands on exhibition weekends.

However, that tolerance was wearing thin. A final incident involved some underage girls found in a bodybuilders’ apartment near the beach. This was the final justification for the early-morning demolition.  The bulldozer’s swath may have eliminated any sign of what was Muscle Beach, but it soon became apparent that Muscle Beach was more than a simple patch of sand with athletic apparatus. Muscle Beach was beyond a physical address.  It was a calling to all serious strength athletes around the world.  This migration of athletes and sponsoring companies to Southern California was not to be abated just because of a dispute with a beach town.  This migration was a true movement. 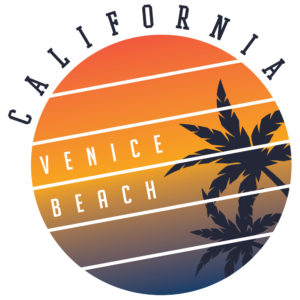 Like any displaced tribe, there was a dispersement of its members.  Some of the athletes left for Northern California to follow the trail blazed by fitness guru and Muscle Beach alum, Jack LaLanne.  Champions of the sport like George Eiferman and Dave Draper and others, stayed loyal to the area.   They continued to frequent their resident gyms, like the old Vic Tanny facility known as “The Dungeon.” However, most of the athletes simply moved down the beach about two miles south to “The Pen,” or “The Pit,” as it was called.  This was the beach workout facility built by the City of Los Angeles in 1951 on the beach in Venice.  However, there was really no comparison between Muscle Beach and the Venice Pen.   In terms of installed apparatus, or even the size of the beach area that comprised the workout area, the Pen was “modest.”   What it did have going for it was a specific site for strength athletes located within a community that embraced body builders.  Venice wanted to be “the new Muscle Beach.”  Within a year, the last of the loyal holdouts abandoned Santa Monica and moved to The Pen.  The tribe was back together.

Once the body builders claimed Venice as their new home, the gyms and some particularly market-savvy entrepreneurs were soon to follow. One of these key figures was Joe Gold.  He was a local bodybuilder, best known today as the founder of Gold’s Gym. Joe Gold made significant contributions to the sport, to the point of being called, “The Father of Body-Building.”  As a teenager in Los Angeles, Joe became curious and very serious about bodybuilding. His curiosity with the sport was evident from the type of equipment that he used in his workouts. First, he used weights attached to broom handles, an idea that he got from his sister-in-law who used such a contraption for her own arm-strengthening exercises. Later, he made an array of specific equipment for bodybuilding from welded scrap metal with help from his brother Robert, who owned a scrap yard and was a welder.    Although the equipment could be described as “grimy,” these innovations began a revolution.  In terms of working-out with machines and weights, the movement continues today with the modern gym. As a frequent visitor to Muscle Beach, Joe also followed the crowd to Venice.

In 1965, he opened Gold’s Gym. This became the “Mecca of Body Building”. Although this was his own description, it was entirely appropriate to its context within the moment.  At Golds, the best body builders on the scene worked-out with the homemade equipment and the sarcastic encouragement of Joe Gold himself.  The athletes were a veritable “Who’s Who” of the sport. They included the likes of Dave Draper and, the most renowned athlete in the sport, Arnold Schwarzenegger. As a young boy in Austria, Arnold dreamed of coming to America.  He saw bodybuilding as his ticket to this dream.  His final destination of his dream was moving Venice, California and Gold’s Gym.  Working with Joe Gold as a mentor, and Joe Weider as his personal trainer, Arnold developed into the greatest bodybuilder in the history of the sport.

One of the greatest artifacts of the sport to come from Venice was the 1977 movie, Pumping Iron. The movie featured Arnold in his quest for his sixth consecutive Mr. Olympia title. He faced stiff competition from Lou Ferrigno who was, physically, the largest bodybuilder at that time. Also playing starring roles in the movie were Gold’s Gym, bodybuilding as a sport, and Venice as the cultural and intellectual center of the sport.  The man behind this film was the new owner of Gold’s Gym: Ken Sprague.  After Joe Gold sold the gym in 1970, the facility languished.  In 1971, Ken, a gym member, stepped forward to become the third owner of Gold’s Gym. Ken was a true entrepreneur and marketer.  One of his early initiatives led to Gold’s Gym becoming the first gym to create and sponsor programming for bodybuilding competitions. Later, Ken would leverage his connections and his Hollywood contacts to create Pumping Iron. One of his Hollywood contacts of particular importance in the film was George Butler, a photographer and documentarian. The resulting success of the movie Pumping Iron remains with us today.  It began the movie career of Arnold Schwarzenegger, who would be become the top box-office draw in the1990’s.   It gave Lou Ferrigno his part in the Hulk TV series. It also established Gold’s Gym as the most famous gym in the world.  Many credit the film with the beginning of the fitness craze of the 1980’s.  Gyms became, not only the latest social gathering spot, but as an integral part of one’s life.  The film also serves as a time capsule for the sport.  Gold’s Gym is presented in all of its unfinished glory.  As is “The Pen” in some brief shots where Arnold is on the beach, spotting for one of his training partners.  Both the gym and the beach seem primitive and raw.   Yet, these were exactly where you wanted to be if you were serious about the sport.  If nothing else, these images make you appreciate how far the sport and the athletes have come.  There is no denying the worldliness of the sport today, but these early Spartan conditions show a purity of the sport and of the drive of these athletes.

History is something that is easily misappropriated.  Venice could have claimed the title of “Muscle Beach” because; it became everything that Muscle Beach was and more.  It became the Mecca of bodybuilding, effectively completing the chapter started in the sand south of the Santa Monica Pier.  However, there is a multi-generational recognition and an honor of history within the ranks of bodybuilding.  The recognition comes from its former champions or, in this case, the place of origin.

In 1986, the Department of Recreation of the City of Los Angeles sought to formally re-name The Pen, “Muscle Beach Venice.”  But to do so, they wanted the approval of someone who would have the “authority” of the originators.  They approached Armand Tanny.  He was the brother of Vic Tanny, one of the “founders” of Muscle Beach, and one of the first to open a gym near the beach in 1939.  With that familial link, and his own credential as a Muscle Beach regular and a former bodybuilding National Champion, Armand wrote a letter to the City and giving it the blessing that it wanted.  Thus, in 1987 “Muscle Beach Venice” was named and the original Muscle Beach was preserved, at least in name.

It would not be until 1990 that the Venice Pen would be renovated or, rather, completely remade.  Moving further south down the beach walk, the City created the modern Pen at 1800 Ocean Front Walk.  The facility is complete with bleachers for fans and marked by a giant concrete barbell on its roof.  A day pass is $10, and an annual pass is $170.  For that you get to work-out on various pieces of equipment in an enclosed space that is dedicated to the strength athlete.  Behind the Pen is the Venice Beach and several pieces of gymnastic equipment installed in the sand.

Although this area is not to the scale of the old Muscle Beach, it nonetheless is an homage to the beach workout spirit.  Famous names in the sport still come to The Pen.  Even if they do not work out, they participate as competition judges, or just visit the latest generation of the sport.  Arnold, for example, did a photo shoot with current athletes at The Pen this past June.  These legends of the sport are also honored all around The Pen with bronze barbells on plaques fixed at the base of the enclosure, as members of the Muscle Beach Venice Hall of Fame (amazingly, Arnold is not amongst these names.)  If you are looking for the crowds reminiscent of the original Muscle Beach of the 1950’s, visit The Pen on holiday weekends during the summer and you will find thousands of fans crowding the Venice Beach Walk.

It is a rare thing when a “wrong” is righted, or that an object of history is put back to its rightful place.  For the original Muscle Beach, that is exactly what happened.  In 1989, a “family version” of a beach fitness facility was created on the original Muscle Beach site.  Rings and parallel bars were installed, just like the original equipment.  But, the center piece to this area refurbishment is a toddler playground.  It was a “place holder” to be sure.   However, it was also a message that they did not want the strength athletes to return to this beach birthplace.

Ten years later, as part of a large community investment in the beach area, $200,000 was committed for equipment to build Muscle Beach just as it was in 1934.  The specifications of the original WPA plans were followed to the inch, and what you see on the beach today was what started Muscle Beach.

All the major sports honor their history. Whether it be championships, records, or unique accomplishments.  Bodybuilding is no different. Within a two mile drive between the Santa Monica Pier and Venice Boulevard in Venice, you will find the very origin of this sport and as well as its present incarnation. Along the way, you will see the original Gold’s Gym.  Although the building is now abandoned, the original signage remains. Gold’s Gym is a site that ESPN lists in its Top 100 Sports Venues, along with the base of The Pen where the names of the athletes who built this sport are immortalized. In the wave of fitness and personal improvement, with gyms that are bright with light and stainless steel, never lose sight of the fact that this was once a much more humble sport inhabited by men and women who had the passion and the drive and not much else.  It all started on these sands…