Fad diets are a sort of diet plan or aid that aims at losing weight, usually in a relatively short time. These diets attract a large number of people who suffer from weight problems and are helplessly looking to some way of arriving at a shapely physique. The problem with fad diets is that their fat-reducing effect is temporary and results in quick regain of weight. What is worse is that most of these diets are harmful to health.

Fad diets are not as new as they might seem at first. These date back to the mid 19th century when an obese Londoner was prescribed such a diet on experimental basis. Now, after a century and a half, fad diets have become popular among people with weight problems. Teens and young adults especially flock to fad diets for answers to weight problems.

Fad diets are usually centered on a higher consumption of fats or proteins. While stressing to go easy on or, in some cases, completely cut out carbohydrates. It is the low intake of carbohydrates that brings about rapid weight loss. In fact, this rapid loss is the loss of water that glycogen has stored. With loss of glycogen, the large amount of water stored in it is also lost and body weight drops. The fats are still there and as the fad diets are given up, the body regains its proportion of water lost. Weight is put back on as fast as it was lost. 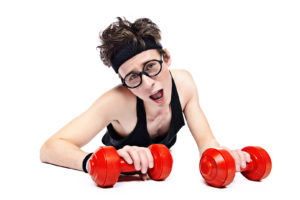 Normally, carbohydrates remain the source of energy for work. With fad diets, the carbs are no longer there so the body starts using the stored fat, breaking it down. This may appear beneficial but in fact it is not. In the absence of carbs, fats cannot be completely oxidized and put to work. Hence, the body feels fatigued and weak. In addition, the ketone molecules resulting from the fat-breakdown accumulate in the blood and are excreted out via urine, causing dehydration.

Given the harmful health effects of fad diets, it is important for us, especially the weight-conscious people, to recognize and beware of these diet plans. Watch out for diets that:

Fad diets may be popular, but they can greatly hurt your body. Be careful with any diet or exercise program and ask your doctor to be sure it is safe.