Breathing – an Important Factor in Fitness

With the possible exception of pearl divers, who dive without any supplemental equipment, breathing counts in all sports as well as fitness. Each sport has developed its’ own breathing style according to efficiency, effort, timing, meteorological conditions, and other demands of the sport.  Using breathing as a taxonomic criterion, sports may be divided in three major groups:

This inevitable respiratory blocking also has some disadvantages. Among these are higher pressure values in the thorax, abdomen and skull.  There is also systemically extremely high pressure in blood vessels with low feedback through the veins.  Due to the rise in pressure inside the eyes, aggravation of any previous short-sightedness is possible. Also, varicose veins can either appear or worsen in the lower limbs.  Effort in exclusively anaerobic conditions increases rigidity both in the blood vessels in the muscles. 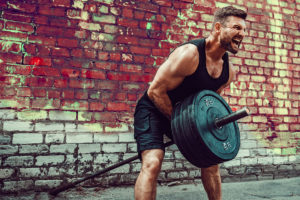 Dilatation of the Thorax

Another breathing rule to take into consideration is the dilatation of the thorax. In this case, breathing occurs when the movement allows the thorax to expand, breathing out during the movement that contracts it.  Breathing in occurs through the nose in order to filter and warm up the air flow.  Breathe out through the mouth to allow faster and more efficient exhalation.  It’s interesting to note that the “shouting” heard from many weightlifters is actually the sound of forced breathing out.