BCAAs: (Branched-chain amino acids) supplementation has been shown to increase protein synthesis and decrease muscle protein breakdown. BCAA are a group of essential amino acids that are a major substrate for protein synthesis and recovery. Many studies have shown that BCAA can enhance muscle recuperation, increase muscle strength, and may even enhance testosterone production. One of the lesser known effects of BCAA’s is that BCAAs use has been associated with body fat loss. For example, one study of wrestlers found that BCAAs supplementation with energy restriction was more effective in reducing body fat than energy restriction alone. In that study, a combination of moderate energy restriction and BCAA supplementation was found to reduce body weight and visceral adipose tissue in a short-term intervention. Those consuming the high-BCAA diet had the greatest reduction in body weight and body fat percentage. Another population study based on a 24-h recall dietary survey suggested a negative association between BCAAs intake and obesity. Meaning the larger the intake of BCAAs, the lower the incidence of obesity. A new study published in the Journal of Nutrients reports that higher BCAA in the diet was associated with lower obesity.

A total of 948 randomly recruited participants were asked to finish our Internet-based dietary questionnaire. Associations between dietary BCAA ratio and prevalence of overweight/obesity and abdominal obesity were analyzed. Dietary BCAAs ratio in obese participants was significantly lower than non-obese participants. The researchers found negative correlations between the ratio of dietary BCAA and body mass index (BMI) or waist circumference. This means higher BCAAs was associated with a lower waist circumference. Further studies indicated that dietary BCAAs ratio was inversely associated with 2-h postprandial glucose (2 h-PG) and status of inflammation. In conclusion, a higher ratio of dietary BCAAs is inversely associated with the prevalence of obesity, postprandial glucose and status of inflammation in young northern Chinese adults. The researchers had a few ideas as to why the BCAA group had lower body weight and waist circumference. They suspect the amino acid leucine could impact leptin, an adipose-derived hormone regulating energy intake and expenditure. Also, leucine has been found to have appetite suppressing effects in the brain as well. This study suggests that taking BCAA’s can not only increase lean muscle mass but also may contribute to reduced fat mass as well. 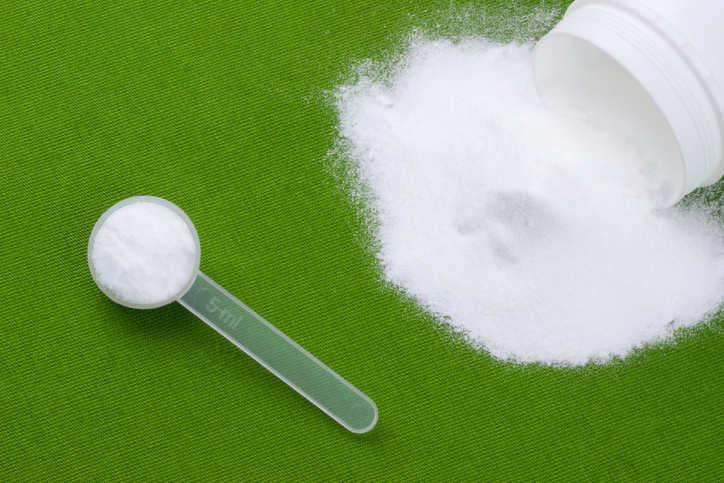 Seventeen resistance-trained males (21–28 years of age) were randomized to a BCAAs group or a carbohydrate (CHO) group who both received their respective supplement during the 8 weeks of a prescribed body building style resistance training protocol. Subjects were prescribed a low calorie “cutting” diet that was to be followed during the study. Each participant was randomly assigned to either the BCAA supplement group (BCAAs; 14 grams of a BCAAs nutritional supplement containing seven grams of BCAA prior to and following each workout for a total of 14 g of BCAAs) or the carbohydrate dietary supplement (CHO; 14 g of a carbohydrate based nutritional supplement (POWERADE ®) prior to and following each workout).