3 Moves to Improve Your Deadlift

Much like the bench press is the ultimate test of upper body power for most general lifters and the squat is the standard in the world of powerlifting, the deadlift is what strongman athletes pay the most attention to. In the eyes of many, the man or woman who can pick the most weight up off the floor and stand tall with it is the strongest. It’s that simple.

Outside of that, the deadlift is a total body movement that can help you get stronger, bigger, and better. So you should pay attention to it. As a matter of fact, I would suggest you make it a focal point in your training as soon as possible.

That doesn’t mean you should necessarily do that and nothing else but you should focus on lifting more weight by doing exercises that can specifically help you. These three accessory movements are all very influential in how you perform the traditional deadlift. 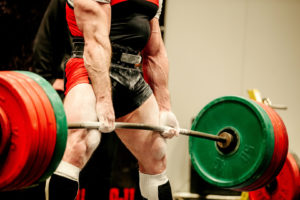 Some lifters struggle from the floor to the knees so this one might appear weird to do but it will help. You stand on a plate or box while the bar and weight remain on the floor. Improving how you lift a weight a greater distance will help you get stronger when it comes to doing the regular version. Your hamstrings, glutes, and even your lats are all challenged when you do this. Obviously you won’t do as much weight but the goal is to focus on execution with the weight you can lift. You should hold the bar with the same grip that you perform the regular deadlift with. 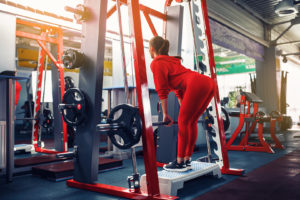 This one is for the second half of the deadlift. If you get stuck at the midpoint and have trouble locking out, this is the remedy. Now the rack pull gets a bad rep because of how some guys will do this because they can add more plates to the bar and it appears more impressive. They’re working their egos more than their muscles and that helps no one.

If you start with the bar at around your knees and focus on pulling the weight up with conviction while lowering it under control (without banging it), then your lower back and traps will feel the effects. You should also focus more on moving the hips forward so you lock out and stand tall. I don’t object to straps being used here but do what you can with your natural grip strength before you put the straps on. 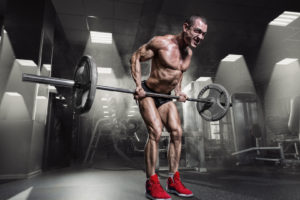 This is a move that is considered an upper body lift that targets the upper back. So why should you do it to improve your deadlift? Think about when you’re pulling the bar up. Your upper back and lats are crucial in stabilizing the weight and pulling it to that midpoint where you begin the lockout. So ultimately, a strong upper back means a strong deadlift. You should also feel this in your arms which isn’t necessarily a bad thing.

I know lots of guys deadlift with a mixed grip and you might think it would be a good idea to do that here. You should either go with a double under grip or double over grip. Don’t do a mixed grip with this because it could lead to injury with either arm since your elbows are bending and you’re pulling the weight in. Straps here would be a good idea too so you can focus more on pulling and less on the grip fatigue.